The Mako ThunderDuck (rubber duck) inflatable racing boat is a boat with a design combination giving it speed, handling and strength that surpasses any other craft in its class. Due to its unique tunnel hull design created from a mixture of aero and hydrodynamics which causes a phenomenal, flying effect at full speed, the craft is stable and responsive at speeds of up to 116 kilometers per hour. The tunnel in ThunderDuck inflatable racing boats helps to stabilize the boat when running in rough water, and to maintain a level angle of attack even when the boat is airborne. The Mako ThunderDuck Racing Boat enters and exits the water on a level plane and when returning to the water, the tunnel compresses the air underneath, thereby softening the landing.

The Mako ThunderDuck Racing Boat has been designed and built by using a combination of the measurements of the best racing Models that I used, to win the South African Championships and Trans Agulhas long haul racing events 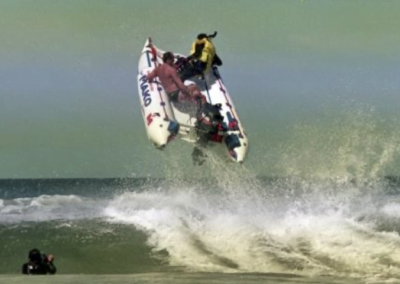 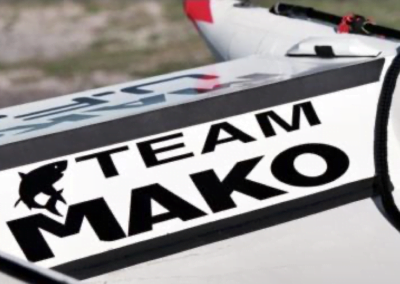 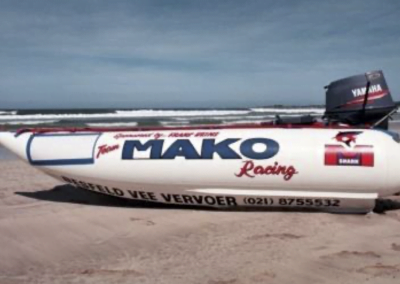 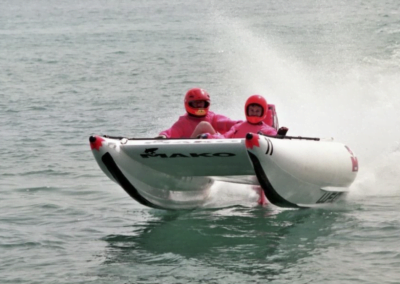 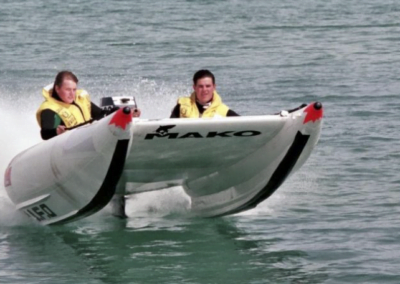